Discover The Most Beautiful Sailing Destinations From Game of Thrones

The very last season of Game of Thrones has almost started, and with this season we see our beloved characters in action for the last time. As one of the most popular shows on television, Game of Thrones is known for its dramatic twists and stunning cinematography. The filming of the show is taking place at some of the most beautiful locations on earth. F the remote island of Malta to the snowy hills of Iceland. HBO film crews travelled thousands of miles to capture the environments for the show. Below are 6 of Game of Thrones sailing destinations that can be reached by boat. A real bucket list for fans of the show!

As if there were not enough reasons to sail to Croatia, there is also the fact that Game of Thrones presents many scenes from there. The Old Town of Dubrovnik first appeared on the screen as “King’s Landing” during the second season of Game of Thrones. The center of Dubrovnik is very mystical and beautiful because the buildings are ancient. A part of Game of Thrones represents the city. re if you are a fan, it is definitely worth a visit.

Ready to sail in Croatia? View our boats to start planning your next sailing vacation and start exploring all this beautiful country has to offer!

A large part of Arya Stark’s storyline in the series is presenting the region of Girona, Spain. As the little brother of Barcelona, Girona is a beautiful place. The colourful houses on the river and the narrow medieval streets make it an unforgettable destination.

In Spain, there are many options for renting a boat. There is nothing better than exploring these areas than to sail with a yacht at your own pace.

The storyline of Daenerys is primarily developing in the large city of Meereen, which she and her army conquered in Season 4.

While many of the city’s indoor shots present parts of Split, the outdoor shots are showing the fortress of Klis. This is a medieval castle that towers over the small Croatian town of Klis. If these exciting facts are not enough, you can also check out these other 10 reasons to sail in Croatia.

Ballintoy Haven was the setting for a number of scenes that were located in the Iron Islands. One of the most striking was the return of Theon to the Iron Islands, as well as some areas around Dragonstone. It was here that Theon met his sister Yara for the first time. A classic game of thrones sailing destination!

Downhill Beach served as the movie location for Dragonstone. Lady Melisandre made the sacrifice for the seven gods of Westeros here. The immediately recognizable Mussenden temple overlooking the beach is prominent in many scenes. A real must for a Game of Thrones Sailing Destinations bucket list.

Think back to the first episode when Ned Stark was still present in the series. We see the enormous exterior of Winterfell in all its glory as King Robert Baratheon, and his family came to House Stark with a proposal. Luckily for all Game of Thrones fans and sailing lovers, Scotland has a sailing holiday for everyone, from novice sailors to experienced skippers.

For those sailors who are willing to keep a distance from other tourists then it is recommendable to avoid the high season. Visiting these amazing destinations before summertime between July and august can help you avoid the crowds and enjoy the landscape.

So, what do you think? Are you a true fan that would like to visit these fantastic Game of Thrones locations by boat? Tell us in the comments below or on our Facebook Page. We at Tubber are always here to help you choose the best destination and boat for your next sailing adventure! 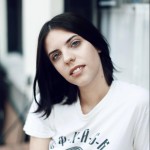