If you’re looking for peace, nature, and sailing at the open sea, start exploring the Croatian Coast and its lighthouses. The lighthouses not only represent an essential part of maritime activities, but they are also a monument to the rich history of Croatia. Many of them are available for rent or take a walk or swim in the crystal sea. The Croatian lighthouses are operated and maintained by Plovput, a state-owned company. The company lists 46 separate slighthouses, although there are many additional towers, lights, and beacons. Here is a list of Tubber’s favorite Croatian lighthouses.

The Croatian lighthouse in Palagruža

The most remote lighthouse in Croatia is located on the island of Palagruža, nestled between Croatia and Italy. Palagruža is well-known for its Mediterranean beauty, history, and location. The lighthouse, built in 1875, is approximately 90 meters above sea level.  Landing can be challenging on the island, as the surrounding waters are dangerous. We recommend announcing your approach to the lighthouse keeper as you approach Palagruža. We do not recommend an overnight stay due to the rocky seafloor and inclement weather conditions.

The island is uninhabited except for the lighthouse keepers and summer tourists who rent two small apartments. Palagruža is part of a small archipelago consisting of another small island as well as numerous rocks and reefs. While visiting the island, tourists can choose to see two sandy beaches, walking trails, or view a variety of plant species.

According to legend, in 1177 Pope Alexander III and his fleet stopped at Palagruža because the Pope became enchanted by the beauty of the island.

The small island of Pločica is located seven kilometers from Prigradica, on the island of Korčula. The lighthouse was built in 1877 and is in good shape despite not having any permanent keepers. However, Mr. Petković Ante supports and takes care of the tower as an unofficial keeper.

Pločica is surrounded by a rocky bottom with torn rocks on the southern side and a shallow sea with a sandy lagoon on the north side. The north side of the island also has a boat lift for use.

The waters surrounding the island are the most beautiful in the Adriatic for the variety of fish and underwater landscape.

While sailing into the Murter Archipelago from the south or west, you can’t miss the islet of Prišnjak. The island has a small, romantic lighthouse built in 1886. The tower has one studio apartment available for rent. Prišnjak is a favorite place for sailors and tourists, with shallow waters that are perfect for swimming. The islet offers several beaches, with access to the sea, and a mesmerizing sunset that is a must-see.

The Tajer lighthouse, located on the Northeast corner of Kornati, was built in 1876. A tunnel connects the lighthouse to the main building. Easily accessible from the seaport, Tajer’s tower offers stairs rising from the sea. Initially, the iron tower making up the lighthouse was from France. Transportation and assembly took months. It is the only iron lighthouse tower in Croatia. The main building offers two apartment studios with bedrooms facing the beautiful tower.

On the island of Dugi Otok, the lighthouse of Veli rat is three kilometers from a village sharing its name. The tower, built in 1849, is 40 meters high and easily accessible. Veli rat is perfect for swimming and scuba diving in its sheltered coves. The lighthouse provides shade in the breathtaking pine forest behind the tower. The island also offers ideal fishing spots and two apartment studios to rent.

Located on a small islet and spanning 80 meters wide is the Porer lighthouse. This lighthouse is situated approximately two kilometers from the Premantura village, on the neighboring islet. There are three small berths for sailors to use. However, keep in mind the strong currents if you want to approach. The tower stands at 35 meters tall, providing an idyllic sunset view from the top.

The oldest and northernmost lighthouse is the Savudrija. The lighthouse, built in 1818, and located near the Slovenian border. Possibly one of the most beautiful when you add the garden and stone beaches nearby. Savudrija offers four apartment studios for tourists to rent. Fans of water sports must visit the lighthouse as the strong winds, and mild currents are perfect. However, the most thrilling aspect of the lighthouse is the legend of a love story associated with its construction. You will have to visit and ask the lighthouse keeper for the story.

If you desire to stand on a 70-meter high cliff to take in the sights, the Struga lighthouse is the place for you. It was built in 1839 and has its third generation of lighthouse keepers taking care of it. The island of Lastovo is a perfect example of historical Mediterranean culture and architecture. Next to the lighthouse lies a concrete beach, used as a harbor. If you decide to stay overnight, their apartment studios can host up to 15 people.

For nature and adventure lovers, Sušac is the place to visit. The lighthouse is run by two keepers and has a fantastic view. Endemic, or unique, species reside here. The beaches are also worth a visit. On the northern side of the island, tourists can find a seawater lake. Diving through a cave can reach this lake. Do not expect to see any stores, restaurants, or ATM’s on the island; it’s far away from civilization.

As part of the Rovinj archipelago lies the Sv. Ivan lighthouse. The tower rises to the height of 23 meters. Sv. Ivan lighthouse was built in 1853 and has apartment studios for rent, like the others we have seen. The islet has two beautiful beaches despite its small size. Do not to swim too far from shore due to the strong currents and winds. The islet offers two docks for sailors to use. The clean Adriatic waters and vibrant sea life provide ideal scuba diving conditions near the docks. If you love peace, solitude, and beautiful lighthouse views then Sv. Ivan is the one to visit. 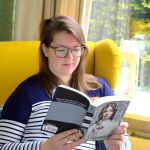